There are many brands of smoke detectors sold in the market. But which one is the best one for you and your family? In the case of home fires, early warning is very important. So, don’t wait until it is too late.

Smoke detectors can give you an early warning when a fire starts. It can help to prevent any injuries and reduce your property damage.

An ionization smoke detectors are best at detecting the small particles typical of fast and flaming fires but poorly for detecting smoky and smouldering fires.

The radiation passes through an ionization chamber which is an air-filled space between two electrodes and permits a small, constant current between the electrodes.

Any smoke that enters the chamber absorbs the alpha particles, which reduces the ionization and interrupts this current, setting off the alarm. This type of alarm responds best to fast raging fires.

Ionization smoke alarms can be triggered by the smoke produced by burnt food or by steam from a shower, so you may get more false alarms if the alarm is placed in the kitchen or near a bathroom.

Photoelectric units are less prone to false alarms from burnt food, so they suitable to be placed in kitchen areas.

When smoke enters the optical chamber and crosses the path of the light beam, some light is scattered by the smoke particles, directing it at the sensor and thus activating the alarm.

These types of smoke detectors are best at sensing smouldering fires that create a lot of smoke without many (or any) visible flames. While not as prone to false alarms as ionization smoke detectors, photoelectric alarms may be randomly set off by a build-up of dust in the unit.

Dual-sensor smoke detectors combine ionization and photoelectric technology to detect both flaming and smouldering fires, offering you the best protection and saving you the hassle of installing two separate smoke detectors.

Things to Be Consider Before Choose Your Smoke Detector

Alarms can either be battery-powered or hardwired into your home’s electrical system with backup batteries in case the power goes out. Hardwired alarms are the recommended option (and are sometimes required by state law).

Though they generally require professional installation, the safety advantage is that they can be interconnected with the other smoke alarms in your home.

Battery-only alarms are easy to install and they’ll continue to work during a power outage, but the batteries will need to be replaced once or twice a year.

Some models use lithium batteries, which may last for up to the life of the alarm. Some alarms can be plugged into an outlet, but the ideal placement of an alarm is on or near the ceiling.

As mentioned above, you can link some smoke detectors, as well as carbon monoxide detectors, to all the units in the house so all of them will go off if one is triggered.

This is an important feature for homes with multiple levels where you may not be able to hear an alarm in a far corner of the house. Many newer homes have this wiring already in place, or you can purchase alarms that will connect wireless.

Being able to silence an alarm with a button is much better than disabling the unit—since then you decrease your chances of forgetting to put the batteries back in the unit. The silence button is a temporary measure and the alarm will sound again if whatever triggered it persists.

Some smoke detectors have one silencing button while others have two—one for a false alarm and one for a low-battery warning. The low-battery warning can be silenced for longer stretches of time than the regular alarm, but it varies from model to model.

A flashing light as part of a smoke detectors warning system is an important feature for anyone who is hearing-impaired. Some alarms also come with a safety light that provides illumination in the dark.

Some smoke detectors also act as carbon monoxide detectors, which are another important part of your home’s overall safety.

Having a digital display of the carbon monoxide levels, even when the concentrations are below the level that triggers the alarm, is extremely helpful, though not necessary for a product to be considered safe.

Some carbon monoxide detectors also show the peak carbon monoxide level since the last reset, which lets you know if there were any spikes while you were away from the house or sleeping.

So Which Type Of Smoke Detector Should You Choose?

The only real way to improve your safety is to install both types of smoke detectors in every room where a smoke detector might be necessary. The truth is, you simply can’t predict which type of fire you may encounter. 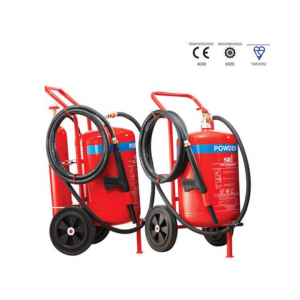