Open Burning Effects in Malaysia is Getting Serious

Open Burning Effects in Malaysia is Getting Serious

As reported, The Fire and Rescue Department recorded 3,054 cases of open burning last month alone, almost double the numbers recorded in January. In January, there were 1,936 open burning cases nationwide.

To help in reducing the numbers, if you happen to witness someone is doing an open burning activity, you can help us by submitting your complain to https://eaduan.doe.gov.my/eaduan/index.php?lang=EN.

Why you should not burn garbage.

Weather conditions are fickle and can change at the drop of a hat. Even though you may think the fire you’ve created by burning garbage is safely contained, that may not be the case.

If a good wind starts whipping through the area, wayward cinders can cause a fire that could raze nearby homes or buildings. Burning garbage is not necessary with so many waste disposal companies available to steer you in the right direction.

Burn barrels only burn garbage at about 350 degrees Celsius. Because of the low burn factor, gases and solids will interact to create the emission of chemicals like dioxin and furan. Other gases can include carbon dioxide and nitrogen with traces of metals.

The fumes and toxins emitted by burning garbage can wreak havoc on a person’s health. The short-term effects can include skin problems and headaches, while the long-term effects (if you burn garbage on a consistent basis) can include damage to the liver, immune system, mental health, and reproductive system.

Many items are especially dangerous and should never be burned, such as manure, oil, rubber, plastic and preservative-laden wood. Burning garbage is especially hard on those with breathing problems as well as on children and the elderly.

If at all possible, follow the three Rs—reduce, reuse and recycle—instead of burning. If burning is the best option, a waste disposal company will make sure your waste gets to a proper facility, where garbage is burned at about 3000 degrees Celsius.

There is no way a homeowner can get the same results burning trash on their own. Give a waste disposal company a call to get their take on how you need to dispose of garbage in the right way for all concerned—including the environment. 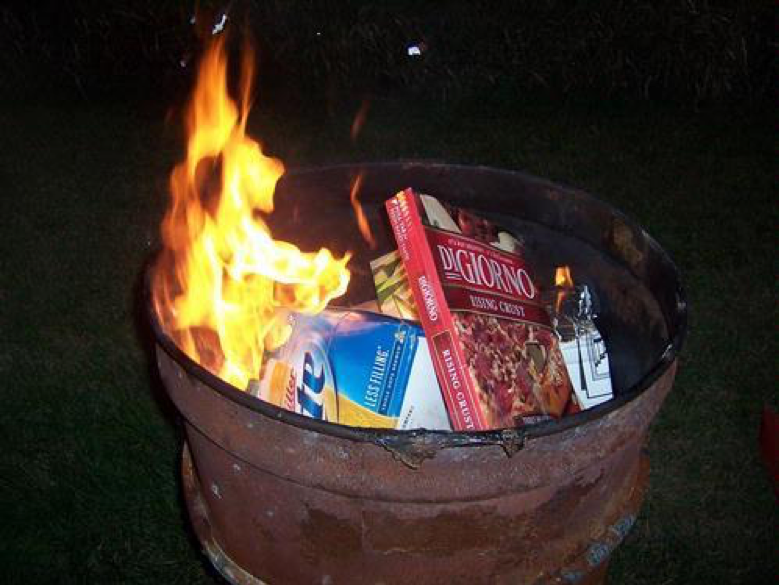 Burning trash is still very much a thing. There should be no shortcuts taken if there are more bad effects than good to it. We should all take the responsibility to make the world especially the country we live in, Malaysia, a healthy place to live in.